During the expeditions, intermittent instrument outages and data gaps occured as we recoverd and serviced instrumentation. Data services on the Oceans 2.0 and VENUS websites were also delayed by ongoing operations at sea.

The Salish Sea expedition sailed aboard the CCGS John P. Tully, an offshore oceanographic science vessel named in honour of John Patrick Tully (1906 – 1987). Tully was an oceanographer whose work in physical, chemical and biological oceanography heavily influenced the growth of oceanographic research on the West Coast of Canada. Tully was honoured with various awards, including the Order of Merit and the Commemorative Medal of Albert I of Monaco. 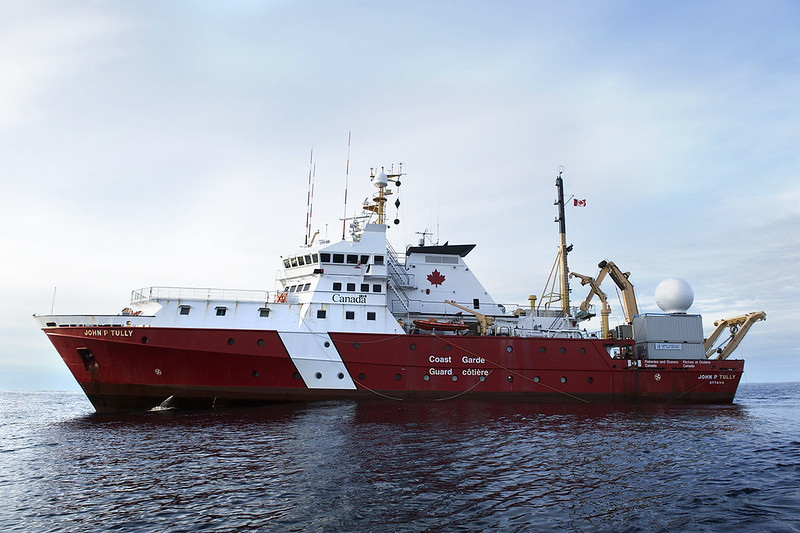