Map of Ocean Networks Canada installations in the Strait of Georgia

The Strait of Georgia is a deep, inland basin located between Vancouver Island to the west and the Lower Mainland of British Columbia to the east, including the City of Vancouver. The Strait of Georgia branch of Ocean Networks Canada's VENUS Observatory resides in the southern portion of the Strait. This deep basin is nearly 200 km long and 40 km wide, and has maximum water depths of more than 400 m in the central/northern region. A dominant and influencing feature of the Strait is the mouth of the Fraser River, which experiences peak freshet flows in May and June as the seasonal snow pack from the coastal mountains of southern British Columbia drains into the Strait of Georgia.

There are two full nodes and one mini-node in the Strait. The node located in the south-central part of the Strait (300 m) supports a variety of science interested in water properties, how and when they vary, and the structure, interactions, and seasonal variations of the resident species. Initial instrumentation includes an instrument platform supporting a CTD with a dissolved gas sensors, and an ADCP for measuring the vertical structure of the currents. As with all sites in the Strait of Georgia, the central location is strongly influenced by semi-diurnal tidal currents, which vary over the spring-neap cycle with speeds ranging between 1 and 3 knots (0.5 - 1.5 m/s). Further, in the summer and early fall, deep dense gravity currents periodically sweep along the bottom, bringing salty, warm, nutrient rich water in to the deepest portions of the Georgia basin from the west coast of Vancouver Island.

In addition to the cabled sensors on the ocean bottom, we have a suite of fixed and mobile systems monitoring the surface and water column conditions. Two high frequency CODAR installations measure the surface currents from Iona to Tsawwassen, covering the central southern Strait including the region immediately at the mouth of the Fraser. Thermosalinograph systems installed on BC Ferries monitor surface water properties as the ferries ply the waters between Vancouver Island and the lower mainland. Seasonal Glider missions will monitor both spring phytoplankton blooms (~March) and deep water renewal events (August) by flying along trajectories in the central Strait.

Visit the Data Plot Galleries section of the web site to browse the latest plots of data from the Strait of Georgia.

Introduction to the Strait of Georgia (backgrounder)

State of the Ocean Plot 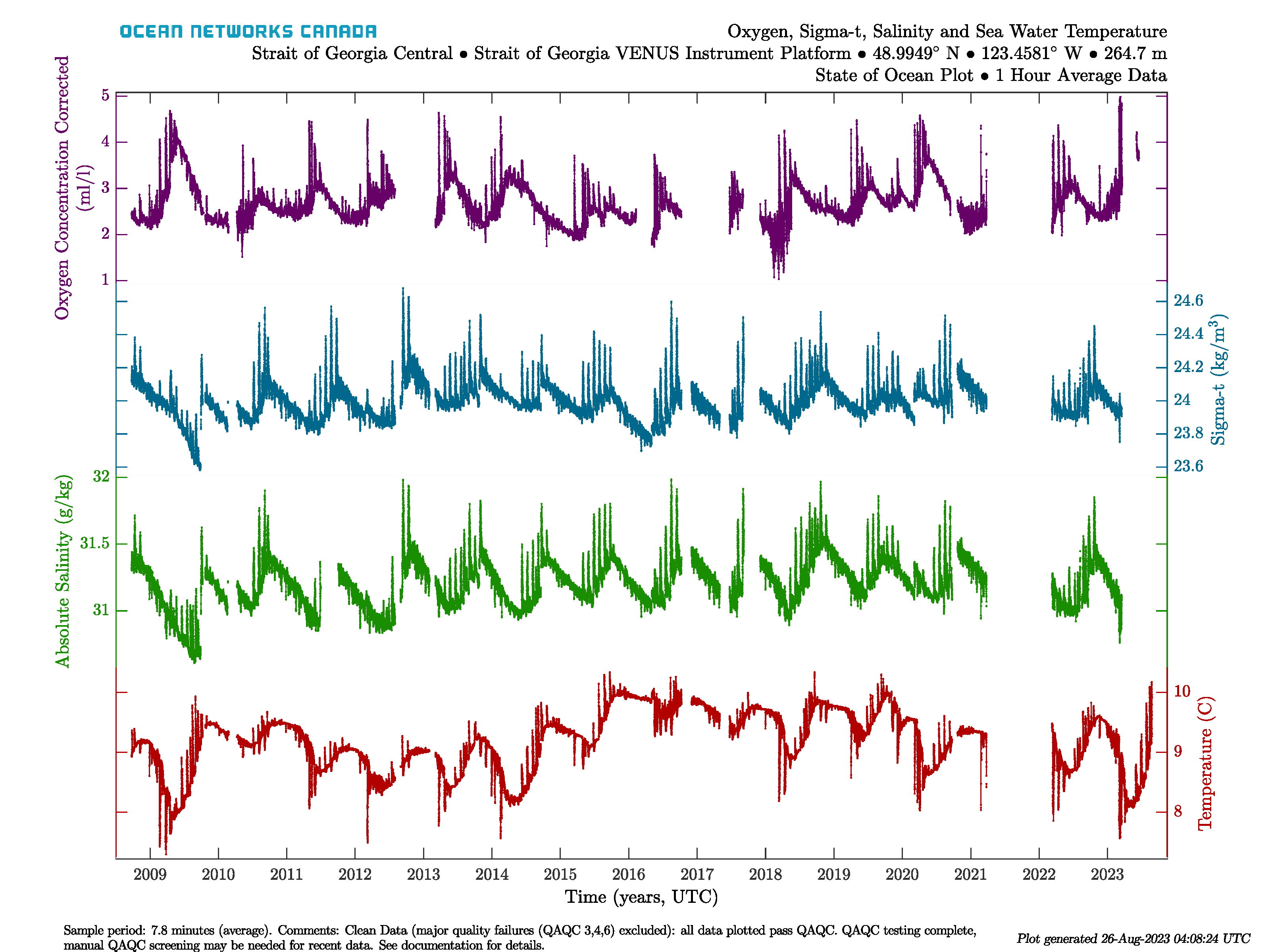 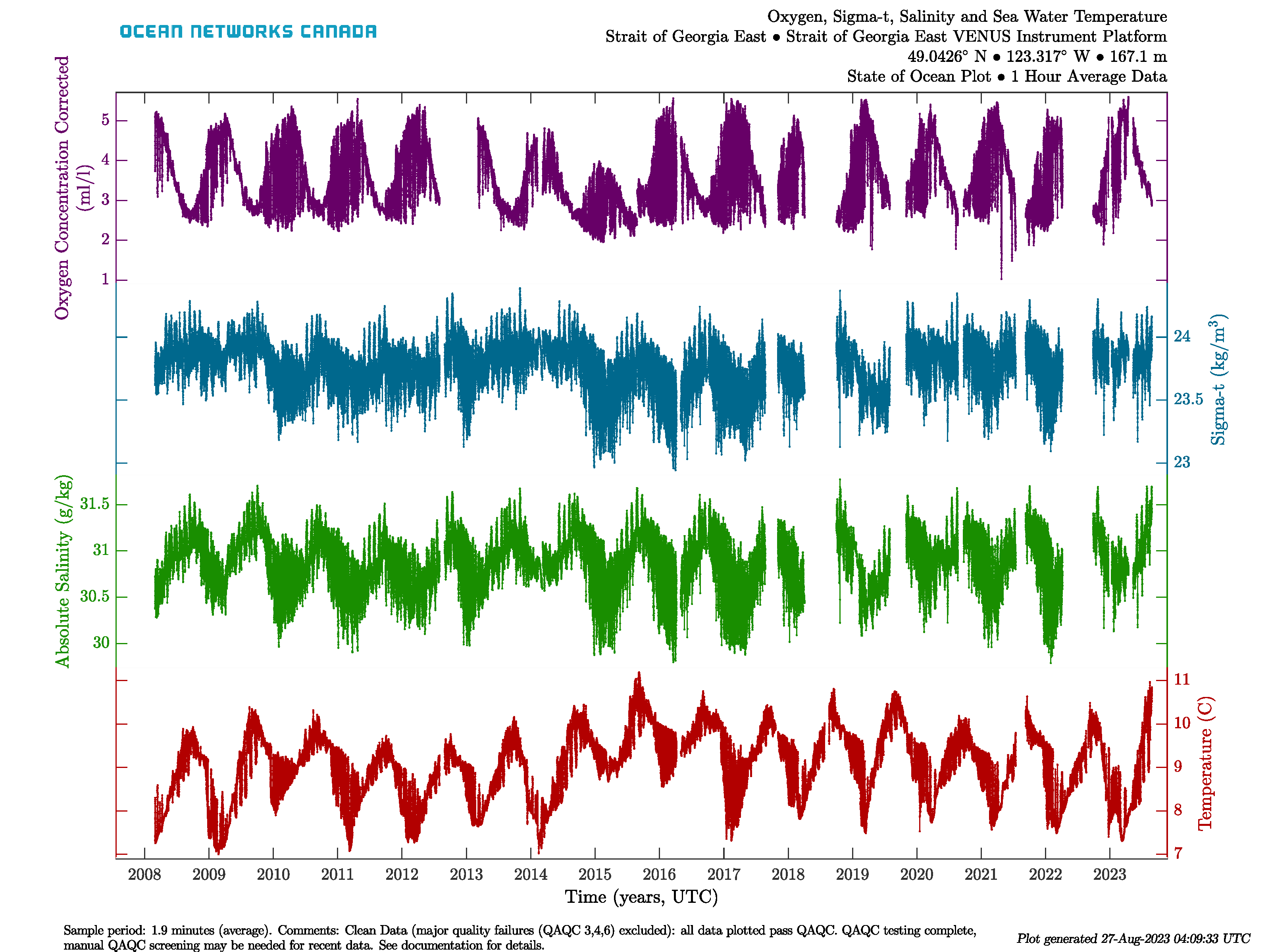