The biological transition from winter to spring conditions in the Strait of Georgia is characterized by a spring phytoplankton bloom. Inter-annual timing of this phytoplankton bloom can vary by up to 6 weeks (Collins et al. 2009). This broad time range introduces the potential for a mismatch in the timing of the major annual period of zooplankton productivity in the Strait, which can in turn, influence the productivity of higher trophic levels such as fish and sea birds. Understanding the dominant factors influencing the timing of the bloom is therefore the subject of considerable interest (Collins et al. 2009; Allen & Wolfe 2013; Gower et al. 2013). 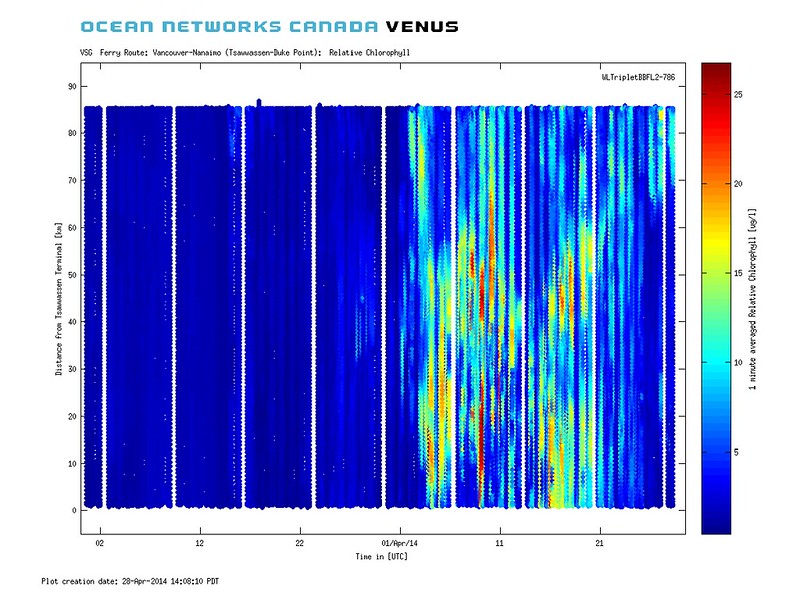 Phytoplankton biomass (mg L-1 chlorophyll a) from March 1 – April 27, 2014, in surface waters in the Strait of Georgia measured along the BC Ferries, Queen of Alberni, route between Duke Point and Tsawwassen terminal.

The figures presented here illustrate spatio-temporal variation in both phytoplankton biomass (lg L-1 chlorophyll a) and oxygen during a recent ~60 day period (March 1 – April 27, 2014). Both measurements are in good agreement and capture the transition from pre- to bloom conditions with this year's spring phytoplankton bloom starting April 1-2, 2014. 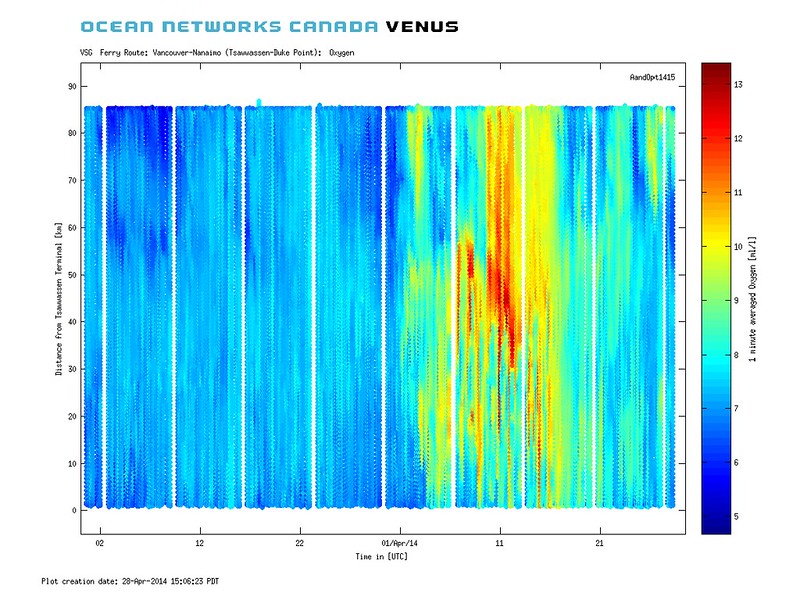 Oxygen concentration (ml L-1) from March 1 – April 27, 2014, in surface waters in the Strait of Georgia measured along the BC Ferries, Queen of Alberni, route between Duke Point and Tsawwassen terminal.

Thanks to Jim Gower (Institute of Ocean Sciences) and Chuning Wang (University of British Columbia) for ongoing and helpful discussion on the Queen of Alberni ferry track measurements.